Tiling and tessellation with a Context Free Grammar

There's something pleasing about filling a space with shapes that fit together and overlap in interesting ways. Using a Context Free Grammar we can use a simple language to express relations between shapes and make a large composition with a few rules. 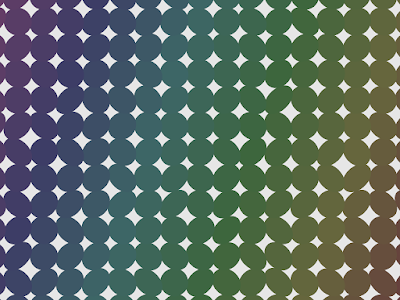 In this series of blog post I explore tiling with different shapes, starting with simple grids and circular patterns with single shapes, then exploring more complex combinations of shapes.

The tool I'm using to explore these patterns is Racket Stamps, which runs on the Racket language. Download both for free by following these links.

So a CFG allows you to represent drawings by simple shape compositions, for example this Racket Stamps code draws an infinite line of circles by defining circles as a circle followed by circles to the left:

If you run that in Racket Stamps (and do check out the tutorial first) you'll see that the line is actually not infinite, just very long. We can control how far the rendering runs, and therefore how many shapes are drawn using the setting maximum-render-cycles -- you'll see this in the examples below. 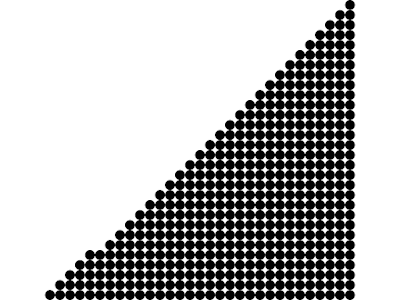 Because of the way the rendering works (and in particular how the maximum-render-cycles setting works), we actually get a triangle of circles! But we can crop into a square, so code like the above works well to help us explore patterns. Try this by adding this setting to the above example:

Do you see those xs and ys in the examples above, enclosed in square brackets? They adjust the position of shapes so that we don't draw everything on top of each other. There are lots of other adjustments you can use, try out the following:
In many cases the adjustment modifies the attribute by whatever you specify, so that you can gradually make things bigger or smaller, or change the colour. Try changing the definition of grid to the following: 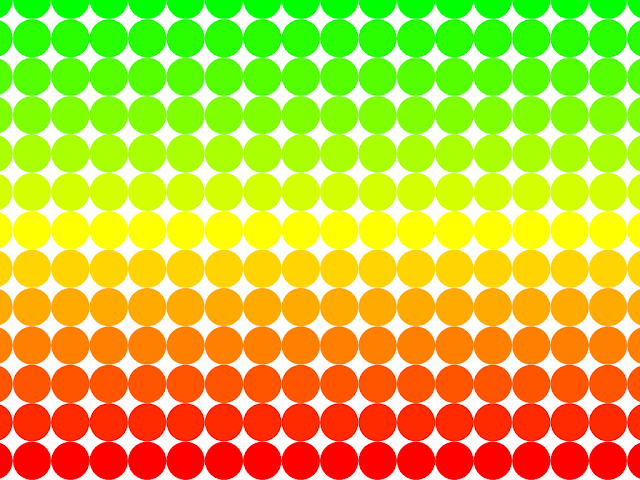 Let's try to make something more interesting than a grid of circles... Tiling and Tessellation part 2.
Posted by Eric Clack No comments: