Building an MP3 player with the Raspberry Pi

Playing MP3s on the Raspberry Pi

You can play MP3 music on your Pi using the omxplayer command, find an MP3 file, then try something like this:

But what about building a music player with real buttons to change tracks?

You can hook up a Pibrella board so that you have a jukebox with no need for keyboard, mouse or monitor, just press buttons to shuffle and play the next song. 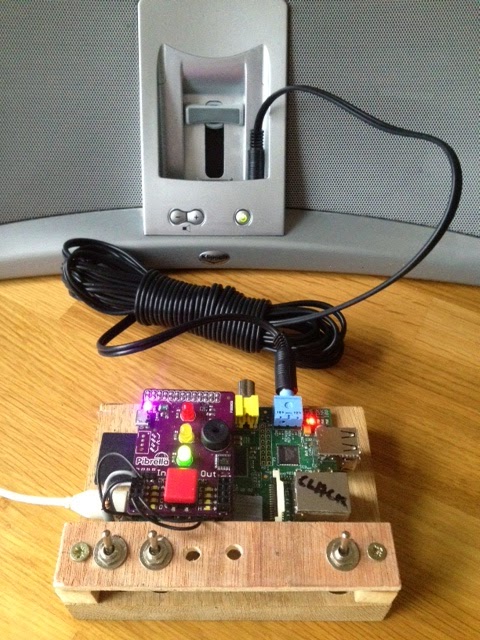 To do this you need to write a short python script to handle button presses from the Pibrella. I've tried using omxplayer to play the music but it doesn't work too well in this way (I ended up with many tracks playing at the same time!), so we need to install the more server friendly mpd and mpc instead:

First install the pibrella libraries, then mpd and mpc:


Once installed edit mpd's config to tell it where your music is. Run this from the Terminal sudo nano /etc/mpd.conf then find the line with the setting for music_directory and set it to wherever you've stored your MP3s.

Once you've done this you need to restart the mpd service:

You can now test out mpc with the following commands:

Make it work with no monitor or keyboard

You can get the Pi to start working as a jukebox each time you boot up, then you don't need the keyboard or mouse attached.

Edit root's crontab -- its list of tasks to run periodically:

Add this line at the end -- this tells it to start up the jukebox each time the Pi boots.

As you can see in the photo above, once I got the red button working I then added more buttons to add Pause, Random On/Off and Shutdown. You can see the code for this here: https://github.com/ericclack/geekclub/tree/master/pijukebox