We've been home educating our children for the past few months and experimenting with an autonomous, child-led, approach. So we're wondering quite a bit about how maths fits into autonomous learning...

What's maths really about? What's maths for? What maths do we need in real life?
Does maths have inherent interest or beauty? Some maths doesn't, e.g. solving quadratic equations or multiplying fractions. And why do we need this stuff anyway?

Can we learn maths by considering interesting problems, big ideas, real world things, rather than working in the traditional school approach with foundations and bite sized steps?

Pose a Big Maths Question (see below), perhaps with an initial example, and leave the kids to investigate. Consider giving some hints, but basically let them explore, make mistakes, go down blind alleys and so on.

The theory is: the exploratory journey is at least as valuable as getting the 'right' answer. And there may be more than one right answer.

I'm also experimenting with some maths games, the first of which is The Confused Shopkeeper. 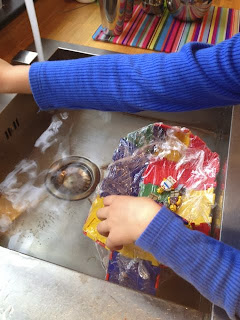 A boat made from Polydron, wrapped in cling film. Surprisingly stable 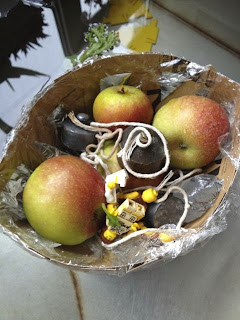 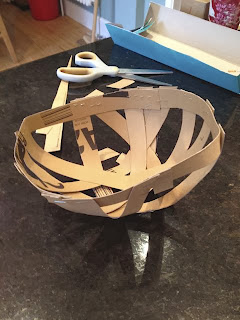 A coracle frame made from cardboard, and then wrapped in cling film and floating, fully loaded!

What makes things stable in water?

What went well in Scratch Club at my local primary school?

Reading back to my first post on Scratch Club Plans, I had in mind myself as a teacher, someone who would deliver lessons and impart knowledge to the students. I spend a fair bit of time looking at what to teach the kids next, and working out ways to present this info in bite sized chunks.

But later I recognised that the students had their own interests and agendas, and that these provided their motivation to learn, with each student preferring their own path.

Recognising this, I created the Scratch Club Badges as a way to explain the many aspects to Scratch programming and provide a way for each student to pick their own way through the subject. This worked as a way of giving each individual something to aim for that interested them, but it had a side effect of producing some competition/arguments amongst the students with them spending a bit too much time comparing themselves to each other.

What I'd do differently next time